I’ve been having an interesting conversation about hope recently on one of the social network deals. It got me thinking about the past few years. Then about the past few years before that. I saw someone close go through hopelessness. Then later I got a chance to get close to it myself. It’s a miserable and humbling lot. Frankly it sucks. But this conversation I’ve been having got me thinking about how little things can be bold statements, especially in seemingly hopeless places. Something as simple as getting up in the morning can be an act of defiance. To someone who’s depressed this can be one of the hardest actions of the day, but it says, “No! There is hope! I’m not done.” Sometimes, those words feel empty, but you get up anyway.

I am glad to say I’m feeling quite a bit better then I was, but I think this defiance in little things still rings true. It’s like fasting. It’s an act that states that this flesh and what I feel and the evil that can go along with it are not in control. Truly the action can seem pointless, but taking the action is like making a statement. Even if that statement is just to ones self.

I think poetry can be like that. It certainly feels pointless much of the time. It’s not like you can get rich off the stuff in this day and age. Sure, it can be a good writing exercise, but I think it can also be an act of revolution. It states there’s a Kingdom beyond time and space and money and “power,” and I’m going to dwell in it. Even if the poem is non-sense and silliness, it’s that act of stopping and dwelling.

Now I’m not very good at the stop and dwell thing. I haven’t written poetry since… well, I guess it’s been about a year since I jotted anything down. And it’s been about 6 years since I’ve worked on dwelt in a piece for any real long time. I got to reading some of those pieces though, and I think it’s time. I say it publicly (not that anyone reads this blog), so that there’s at least the illusion of accountability. I’ll try to publish bits and pieces on the blog for you from time to time. Maybe I’ll put up some of the old stuff to. Hope you enjoy. Here comes a quiet revolution. 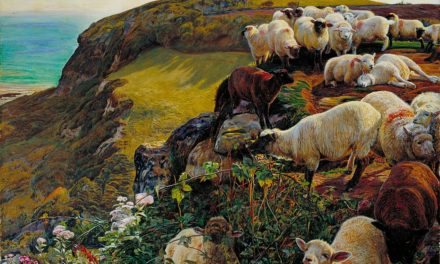 The other names for Baby Jesus