Now that we’ve established that the fruit of knowing good and evil was the problem in the beginning (not “sin” in general) and that this God didn’t run away, we need to take another look at “The Curse.”

Did this God called “Love” come in all pissed that humans had learned about Good and Evil and decide to give them a good taste of evil by cursing them? …maybe? …maybe not in those words?

The man struggling with the earth for food… Could that also have to do with a power/righteousness struggle? Man trying to power over the land? It makes sense to me. …It’s hard to imagine what farming would be like without looking at some plants as good and others evil. (Stupid dandelions!)

What about the “…pain in child birth…”?  …I don’t know. I’d be curious to hear what that sort of thing would have meant to the people at the time it was written. …Though after reading stories from #yesallwomen I begin to wonder if the pain isn’t all about the baby coming out… if the pain includes the abuse, fear, and all those other things that come with men having “rule” over women as indicated in the curse. (Note that Biblically this arrangement is called a curse.)

So, I’m not going to make any huge claims. I won’t claim, “The Hebrew says…” or “God told me…” I just have a hunch. That hunch is: These curses weren’t told with a brash vindictive voice. I don’t think God got supper pissed that humans had acquired a sense of morality and started acting it out.

I imagine God coming to the humans explaining the curses with the voice of a concerned mother. She knows they don’t understand and need the consequences explained. She knows the little ones will blame her. But she would rather take on the evil that is unjustly attributed to her than be separated from her children.

I have a hunch… a hunch that she knows this is the beginning of a hard journey… but not a pointless one.” 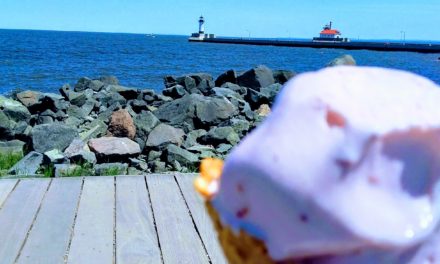 a poem by a virgin mayfly

Something in the Air a short thought