Why are Republicans going to the mat for Brent Kavanaugh? Seriously! Democrats and (I hope) non-Republicans are scratching their heads. This guy has lied and mislead under oath. He seems to have at least some things in his past that he clearly hasn’t worked through yet. He did things as G.W. Bush’s lawyer that they still won’t release. (It could be nothing or it could be complicity in torture, but we don’t know.) He has overtly politicized his potential position. And, let’s be honest, he interviews like a spoiled frat boy.

So why are Republicans stuck on this guy? They literally have 24 other judges lined up in the bullpen that would give them all they want. They could easily cast away Kavanaugh today and put in a new judge before January.

Maybe it’s because they don’t want to look weak before the midterms. It seems odd to pander to the strongman vote, but that seems to be what’s called the “conservative base” today. Maybe in Kavanaugh some senators see themselves. In Washington they may feel there is always someone ready to pounce on any little thing, so they may feel they need to protect one of their own. Maybe this is somehow about Trump. Maybe it’s less about “Roe v. Wade” and more about protecting the president. That’s the one thing Kavanaugh might be more willing to do than the other 24 judges, but I hope that’s not it. (Though it does seem like an oversight to let an unindicted co-conspirator with an open investigation surrounding him make nominations to the supreme court.)

All of those reasons and others could play a part, but I think there might be another reason, a deeply held conservative narrative, that is playing a major roll in skewing conservative’s views on Kavanaugh: Meritocracy.

What I mean by meritocracy is the belief that those who gain position, power, wealth, etc. are those who have earned (or merited) it. Conservatives generally believe we live in a more or less meritocratic society. You hear it in their slogans: “Pull yourself up by your bootstraps.” And: “Taxes rob you of your hard earned dollars.” Their policies reflect this belief as well. They don’t see themselves as being cruel to the poor. They see the poor as deserving the consequences of being poor, and, in conservative’s minds, if they face the full consequences, they’ll be more motivated to do what’s “right” and pull themselves out of poverty. (In their worldview this can’t be cruel or near impossible because it’s meritocratic.)

The same is true at the top. You can hear it in Kavanaugh’s statement, “I was at the top of my class academically, busted my butt in school.” Why even say that if you’re not playing the meritocracy narrative. Then there are the assumptions: How could the “successful” Kavanaugh not be an upstanding, honest, hardworking, and a good judge. He’s a circuit judge. (Never mind that he was a Bush appointee after being a partisan lawyer and not a regular judge.) He graduated from Yale. (Never mind that he came from a legacy family and went to a prep school with its own golf course to get there.) Non-conservatives call that “privilege”, but conservatives have to believe in some way all this was merited. (Side note: You hear it in praise of the “business man” Trump too. Never mind he built his name on inheritance and tax fraud managed to lose in a business where, “The house always wins.”)

Kavanaugh will likely be confirmed. Yeah, part if it is “Roe v. Wade”. Part of it is a Trump effect of some sort. However, I think a huge part of it is a maintaining of the meritocracy narrative. This guy doesn’t merit a supreme court seat. Personally, after listening to him, I don’t think he’s qualified for his current position, but if Republicans admit that (even to themselves), they have to face a challenge, not to their party, but to a foundational narrative on which their party (and worldview) is built. Then beyond that, if their meritocratic dream world continues to be challenged, eventually they’d have to face their own cruelty to the poor, minorities, refugees, and other foreigners. They’d have to face their hypocrisy toward their fellow humans, their Bibles, and their own words. So of course they’ll yell and cry and force their way. I didn’t enjoy repenting of “conservatism” either, but if we don’t stop calling privilege and injustice meritocracy, it will destroy us. 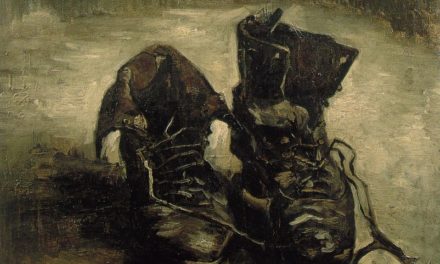 An Actor Toasts Before Going Onstage

Something in the Air a short thought